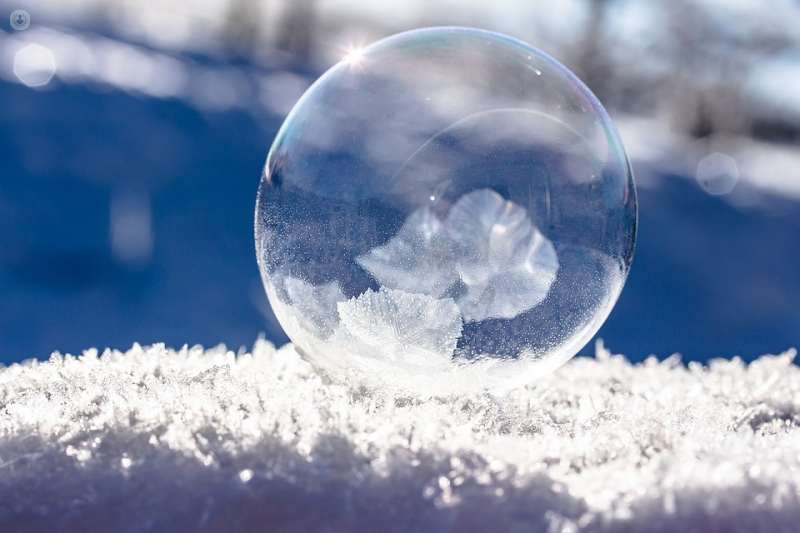 What is egg freezing?

Egg freezing, or oocyte cryopreservation, is a method of preserving a woman’s eggs, enabling her to have the chance of having a baby in the future. As women get older, they typically produce fewer eggs, and often the viability of the eggs also falls, meaning that the chances of conceiving naturally also decrease. Freezing eggs at a younger age, and using them later can provide a better chance of conception.

Why would you do it?

Freezing your eggs is a good option for patients who have a medical condition or are taking medication which affects fertility, such as cancer. You might also choose to freeze your eggs (elective egg freezing) simply because you are concerned that your fertility is declining, but you have not found the right partner or are not currently ready to have a child, but think you may want one in the future.

Other possible candidates include members of the Armed Forces, or similar situations where severe injury or even death is a risk, and those planning to have a sex change operation.

What does egg freezing involve?

Egg freezing begins the same way as IVF – this normally involves the patient taking fertility drugs to temporarily boost egg production and maturation. The eggs are then collected by doctors while the patient is sedated. Around 15 eggs are taken from most patients, but it may be less, depending on fertility.

Instead of mixing the eggs with sperm, they are mixed with a cryoprotectant (freezing solution). This will protect the eggs during the freezing process. The freezing itself is done either by fast freezing (vitrification) or slow cooling, after which they are stored in liquid nitrogen.

The maximum storage time is normally 10 years, but in certain situations the eggs can be stored for up to 55 years, or, if the patient wants, less than 10.

When the woman wants to use her eggs, they are thawed, and then fertilised. Standard IVF is not usually used, as eggs that have been frozen tend to have a tough outer coating, which sperm find more difficult to penetrate. Instead, a procedure called intracytoplasmic sperm injection (ICSI) is often used, which involves a skilled embryologist injecting a sperm directly into each egg, maximising the chance of fertilisation.

It is difficult to say how successful egg freezing is, as the number of women who do it is currently very low. Oocyte cryopreservation is a relatively new and quickly changing field, with new advances being made all the time, but with few studies into its reliability. If you are considering freezing your eggs, choose an experienced clinic with a high success rate with patients.

Any cookies that may not be particularly necessary for the website to function and is used specifically to collect user personal data via analytics, ads, other embedded contents are termed as non-necessary cookies. It is mandatory to procure user consent prior to running these cookies on your website.